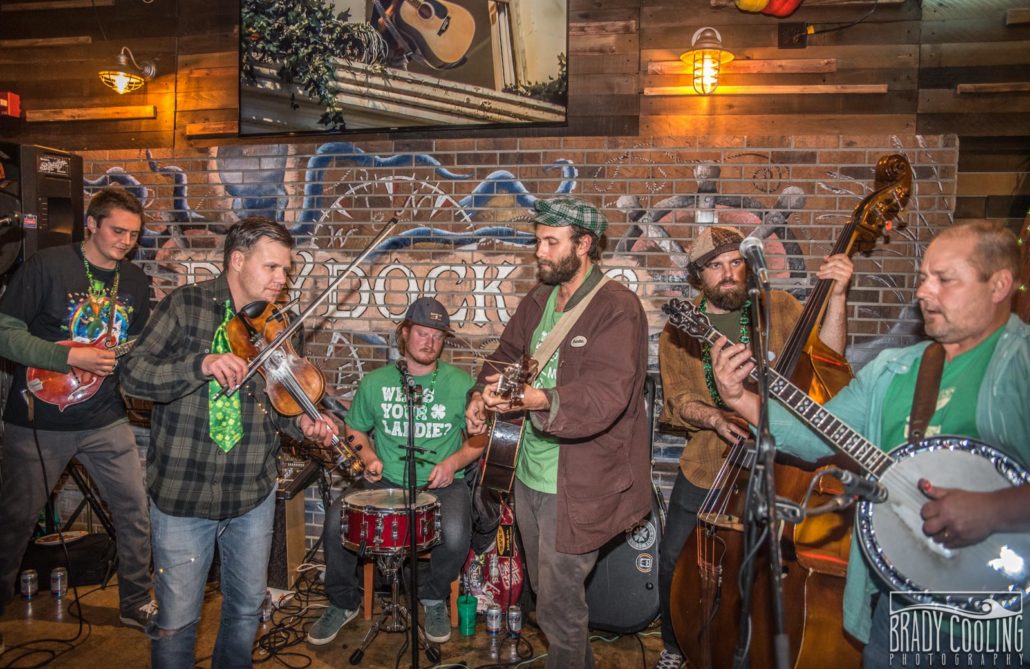 The luck of the Irish was upon everyone in OC as the annual start to the season began at Dry Dock 28 with West King String Band! This has become a usual hometown stop for these guys almost every time they have been back home on tour. Something that holidays bring is always family, friends, fun and of course music and this was no different at all. Celebrating all things St Patrick’s Day with WKSB with no shortage of these things along with plenty of alcohol and tunes to go into the night for any party.

St Patrick’s Day is probably the only day for many people to be acceptable to listen to old Irish drinking songs, but really the more the merrier especially on this day. Little do many know, but many traditional bluegrass songs are taken directly from Irish/Scottish folk songs from Europe and Appalachia. So bluegrass and this holiday in a long stretch do really go hand in hand; plus any genre of music (nearly all of them) talk about drinking and the themes that we know and love still. A packed day in OC with around 100,000 people in town made for an awesome night of music with tons of people listening to the music.

A special set with WKSB featured none other then a local favorite, and man who has taught a lot of the boys to play music, Darin Engh of Opposite Directions and Beach Music. Him on banjo brought the 5 piece into a six piece and to a newfound sound and life. The addition of banjo for a special traditional bluegrass and Irish music was a highlight of the year so far. The sounds of fiddle and banjo merged together made these songs pop and sound the way they were supposed too. WKSB was able to fit a ton of music into the night playing some old fan favorites off their older albums as well as their newest one released just last year. All have been mastered and played so well over these past few months.

The winter months are often dreary at the beach with little people in town and often not a lot of music as well. It’s always good to have friends back in town and bringing a band I’ve been fortunate to see grow and play over the last few years from HS to now. Glad the season is finally upon us in OC and along with this will bring festival season, more music, and better weather alike. If you haven’t already, please check out West King String Band and be sure to visit us here at the beach this summer, lots of good music is on the way and has gotten better and better each year!

listen to the music play!”