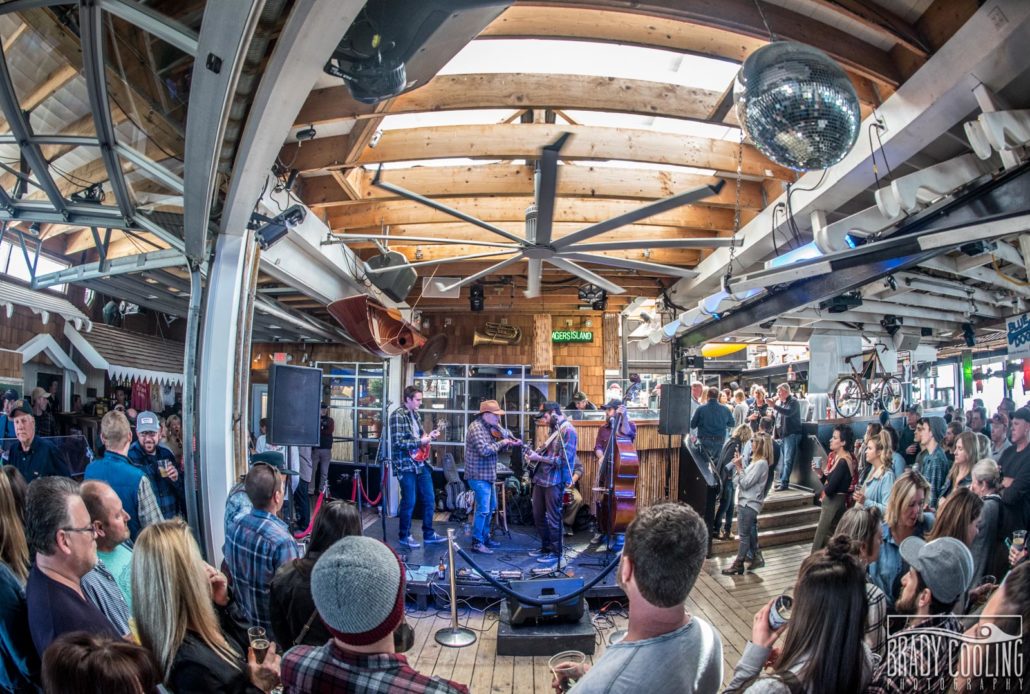 Fager’s Island Bluegrass kicks off Spring with bluegrass and beer in OC!

Pager’s Island had their annual Brewgrass festival in OC to welcome Spring and the season. It was my first time doing it and it has easily become one of my favorite events all year! A day full of friends, music beer and food on the water. I’m so glad more music has come to the beach including all of these artists, and know much more is on the way and even more!

A great week was started off by a few shows with West King String Band the last few days. From seeing them at their first show in Baltimore to now a bunch all over OC and the area. These guys have gotten so much better over the last few month since I last saw them and with their new album. The addition of fiddle has helped so much, and given them a new sound and progression as a band. Some special shows with Darin Engh on banjo added something as well to them as he has taught most of the members to play music, and having one of the best local musicians as well.

The first set of the day started with West King String Band playing to a sold out Brewgrass crowd at the beautiful Fager’s Island. They have been on fire all week and tonight was no different; a big few shows before returning to the south and then moving to Asheville, NC. The boys got the crowd off to an energetic start to the afternoon. A lot of locals, and quite a few people from out of the area were down for it, and a lot have seen or heard of WKSB with many new fans in attendance. Playing so tight and great as a unit of musicians who have continued to get better and better each and every time continue to impress myself and many others.

The second set was Darin Engh and Friends being 4 of the guys from WKSB (AJ, Jack, Jesse and Spooky Fiddle.) Similar to what had happened Thursday night at Harborside as a precursor to this one. A set full of jamming between each of the guys onstage and some covers. My personal favorite song that they have been able to work is Railroad Earth’s “Long Way to Go” as a slower and different sound to the original, but a great version. More music was played as well as more beer and BBQ and oysters as well. The guys have played so well together after a few sets over the week with WKSB with banjo. Robert Mabe formerly of Dry Mill Road and now his own band of the same name joined as a guest for a sit in. Hearing a banjo and now Darin on mandolin for a switch made for a great end to this set before the final set of Brewgrass.

Robert Mabe made his 7th appearance at Brewgrass who has played with different bands before brought his new band to the stage; who I never seen before this. Another great local musician is a a part of this band with Nate Clendenen who is a great guitarist and songwriter in his own right. The 5 piece group rolled through some of their songs and a great set of bluegrass . Some great vocals and switching off on jams back and forth kept the set rolling strong. The mix of old school and traditional bluegrass was met with their set by the earlier sounds of a more progressive bluegrass sound of West King; a variety between the two groups alike. The music ended the way any festival or bluegrass show should, with a bluegrass super jam encore. Artists from each band took the stage and played a song together. What a way to end it!

A big thanks to all of the artists who played this amazing event, Darin Engh for setting this up year after year and playing, the staff at Fager’s Island who put it on every year, all of the beer and food and those working who were there, and everyone for coming out and supporting music and a great event and being a part of it. I can’t wait until next year, and so glad to have been able to make it this year as a new tradition!

Listen to the music play!”